If you are looking for a chiropractor in Ramsey then here are the contact details of ChiroClinic IOM in the postcode area of IM8.

Below you will find the contact details of the clinic. You can also use the interactive Google map with the option to view the street view in order to get directions and see the front of the building for ChiroClinic IOM. The local map is also useful tool to help you find you way around Ramsey the beautiful town in the North of the island on the Isle of Man.

Read moreChiropractor in Ramsey Isle of Man at IM8 1AQ

Today on Facebook a fellow chiropractor shared a picture of Usain Bolt being treated by the Jamaican Athletic teams chiropractor, Michael Douglas. I know there is Chiropractic at the London 2012 Olympic games and that different athletes have their own chiropractor with them at the games.

I didn’t realise that the fastest man in the world and the London 2012 gold sprinting medallist is one of them. It is nice to see fellow chiropractors out there on the sporting field helping professional sportsmen and sportswomen maintain good muscle, joint and nerve health and help address any sport injuries.

This is a post about those people who want to say how much they appreciate Chiropractic and what their chiropractor helps them through. Being a chiropractor it is cool and awesome to see the positive health changes people can go through. For example there are those that come into the chiropractor’s office bent over in pain who are then able to stand up straight and walk out in much less pain after they have had their Chiropractic treatment. You will see I added a video of just such an event of the story of Jim and his severe low back pain relief.

If your keen you can add your say in a comment below as well if your thankful for the positive health changes you have experienced seeing your chiropractor. Maybe you saw a chiropractor for the first time and were amazed how quickly you felt better, or that someone just knew what was wrong with you and was able to give you a plan to get better. There are many reasons I have heard people say thanks for after seeking a Chiropractic care, these are just a short collection below.

Read morePeople Who Love Their Chiropractor

If you are looking for a chiropractor in Bristol then here are the contact details of Bristol Chiropractic Clinic in the postcode area of BS8.

Below you will find the contact details of the clinic. You can also use the interactive Google map with the option to view the street view in order to get directions and see the front of Bristol Chiropractic Clinic. The local map is also useful tool to help you find you way around the beautiful city of Bristol in the county Bristol, UK.

According to research done by comcast, there has been an improvement in the best job position for being a chiropractor from number 56 spot to number 32. It looks like the average mid-level chiropractor salary in the US has improved by $1000 from 2010 levels to now $68000.

Read moreBeing a Chiropractor is a Top Job in 2011

Well since it is a common question patients might ask whichever practitioner is treating them I thought I might try help answer the question for you today.

To answer your question of whether or not can I see a chiropractor on the NHS (National Health Service) the answer is both Yes and No.

It is unfortunately a post code lottery as to whether your local Primary Care Trust (PCT) has a contract set up with a local chiropractic clinic that your GP can refer you to for treatment. The National Health Service in the UK classifies chiropractic as a complimentary therapy, which means it falls outside the typical umbrella of healthcare services provided for free by the UK government.

There are ways to get treatment though. I have some of the names of chiro’s who have or are contracted in to provide treated for free when referred by your local GP.

Read moreNHS Chiropractor: How To Have Chiropractic Treatment Paid By The NHS

Have you been thinking about how to become a chiropractor in the UK? Do you want to know how to get a Chiropractic degree? First of all well done! Being a chiropractor for me has definitely been a very rewarding profession and occupation, I would definitely recommend it.

Thinking about seeing a Chiropractor in London? Well then hopefully we can help you find a London Chiropractor with the map of Chiropractic clinics in London below.

Of course the list of chiropractors in London on the map below is not exhaustive, but it will at least help guide you to find the right chiropractor in London for you.

Every year in the United States the “Best and Worst Jobs List” is released. This list tries to highlight which occupations in the US might be the best career choice for money and satisfaction.

I saw it for the first time when it was mentioned on 5 January 2010. This was a broadcast of CBS Evening News with Katie Couric, which was being shared on Sky News TV channel.

So after finding the Best and Worst Jobs of 2010 list on The Wall Street Journal online I was interested to see if being a chiropractor made the list. Guess what, being a chiropractor made the top 100 best jobs to do in 2010 in the USA and was number 56 on the list. If you are interested in seeing the rest of the Best and Worst jobs for 2010 list then have a look below.

Read moreBeing a Chiropractor is a Top 100 Job to Do

For today’s post I have a funny Chiropractic commercial video to show you. The commercial is an advertisement doctor of chiropractic, Dr. Nima Rahmany in Maple Ridge, British Columbia, Canada. Nima has a humorous health message he is trying to get across in the following Chiropractic video.

Chiropractic treatment is fast becoming more and more popular in the world today. You have various entertainers such as famous singers as Celine Dion, performers like WWE wrestlers and The Wiggles who use a chiropractor at their shows. Having a team chiropractor is important for professional sports people and teams like Lance Armstrong and AC Milan football club. 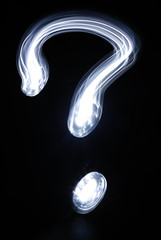 Chiropractic treatment has been available in the capital city of Scotland, Edinburgh, for a very long time. In fact, did you know that Edinburgh has one of the oldest chiropractic clinics in the UK and even Europe right in the heart of the city centre? That clinic is the Wight Chiropractic Clinic who have been providing the lively Dunediner people back pain and neck pain treatment since 1924.

In today’s article I will help you find a chiropractor in Edinburgh local to you and some general tourist or visitor information about Edinburgh in Scotland.

Read moreList of Chiropractors in Edinburgh

If you are looking for a chiropractor in Fourways then here are the contact details of a ChiroClinic in the South African postal code area of 2191.

Below you will find the contact details of the Chiropractic clinic. You can also use the interactive Google map with the option to view the street view in order to get directions and see the front of ChiroClinic. The local map is also useful tool to help you find you way around the beautiful suburb of Fourways of the city of Johannesburg in South Africa.

George Rix is a Bournemouth chiropractor on the move to get things done, literally, by walking 620km. George decided that he needed to do something to raise much needed funds to buy equipment needed to further Chiropractic research studies for Chiropractic in the neurology field. So it was decided something different had to be done, like walking 620km from Lands End to the Anglo-European College of Chiropractic (AECC) campus in Bournemouth, Dorset.

George’s sponsored ramble will be along the English coastlines of Cornwall, Devon and parts of Dorset. This massive 620km walk is, again, all in the hope of raising £10,000 to buy some much needed equipment for essential chiropractic related clinical research in the field of neurology and clinical neuroscience that will be undertaken at the charity registered (Charity Registration No. 306289) AECC. The charity walk, which George has just started, will be about six weeks walking throughout August and into September.