I recently attended an annual chiropractic conference and was exposed to some different pain relief technology, Cold Laser Therapy.

Cold Laser Therapy is also known as low level laser therapy. This laser is different from laser beams slicing you open in movies or eye surgery correction laser like lasik.

Cold Laser Therapy uses light-emitting diodes to stimulate or inhibit cellular function. The cold laser therapy technique is also known by the more ambiguous terms laser therapy and phototherapy (though the latter more accurately refers to light therapy), which may also be used to describe other medical techniques. A famous chiropractor who believes in cold laser therapy is Jeff Spencer who was Lance Armstrong’s chiropractor.

What is Cold Laser Therapy?

Cold Laser Therapy sounds interesting, does it not.

Currently basic research on cold laser therapy and work on specific treatments are being pursued with testing various modulations of wavelength, intensity, duration and treatment interval. The low level laser method/cold laser therapy is not yet accepted as routine medical therapy and more levels of evidence supporting its routine use is needed.

What I personally saw in the chiropractic conference was amazing seeing what can happen to a bony fracture healing in 4 weeks in a 66 year old or ulcerated sores healing completely after cold laser therapy use. 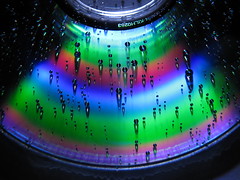 The effects of Low Level Laser Therapy (LLLT) are photochemical, not thermal, and the responses of cells occur due to changes in photoacceptor molecules chromophores. Energy, which is delivered to the cells, produces insignificant and minimal temperature changes typically in the temperature range 0.1–0.5°C. The exact mechanism of action of Low Level Laser Therapy (LLLT) is not completely understood. However, it is known that during low level laser irradiation, cells absorb the photon and its energy is incorporated into the chromophore and stimulates cellular metabolism. The molecule that has absorbed this energy is able to transfer this energy to another molecule and thus cause chemical reactions in surrounding tissue. This energy that has been transferred can increase the acceptor molecules kinetic energy, activate or deactivate enzymes or alter physical and chemical properties of macromolecules.

The exact nature of biostimulation or the effects of Low Level Laser Therapy (LLLT) in different medical fields requires extensive research. Although Low Level Laser Therapy (LLLT) has been in use for several years, this phototherapy is still not an established therapeutic modality. What is neither well known nor easily understood is that these low power lasers have been used in laboratories and clinics for years to modulate cell function, reduce pain and accelerate healing of soft tissue injuries.

A wound may be defined as any disruption of the tissues or organs of the body caused by injury.

Healing is the process by which the body replaces destroyed or dead tissue with living tissue. This may take place by first intention, in which the parts unite directly without the intervention of granulations. Healing by secondary intention, is the name given to the healing of a wound with separated edges due to tissue loss. Union occurs by the adhesion of granulation tissue.

There are five phases in the wound healing process:

So if you are suffering low back pain, sciatica or a pinched nerve in your neck and you were wondering what else you can do to find pain relief maybe you should ask your local chiropractor or doctor about Low Level Laser Therapy (LLLT).