Deep Vein Thrombosis, or DVT, made the headlines again recently with the unfortunate case of an avid Xbox video gamer sitting for too long playing his video games.

I personally have seen two cases of undiagnosed DVT in Chiropractic new patients. They came in thinking they had another cause of pain, like a calf muscle strain from sports or sciatica from a lower back disc herniation. The cause for them wasn’t a muscle, bone or nerve problem, it was a circulation problem.

Today I will tell your their stories about how those two people walked into my rooms not knowing they had a potential life threatening condition. Hopefully, by learning from them it will help you, sitting there, to be able to recognise the symptoms of a DVT in either yourself or someone else.

What Is a Deep Vein Thrombosis?

The medical abbreviation for a “deep vein thrombosis” or “deep venous thrombosis” is DVT. It is a thrombus (clot) in the deep veins of the body – typically the legs but can occur in other veins like in the pelvis.

The first documented case in medical history was back in 1271. Since then awareness and diagnosis of the medical condition by doctors has increased.

Typically, people in from 20 years old and both men or women can develop this type blood clot in their veins. Most people have heard about getting a clot in the calf muscle of the leg, however, it can happen elsewhere. You can get clots nearly anywhere in the deep venous system of our bodies. The examples of two people I mentioned above had clots in different places. One person had his clot in the calf leg muscle and the other in her pelvis. You’ll learn more about them later.

Here are two youtube videos that will help give you a general overview about the causes, symptoms, risks and treatment options of a deep venous thrombosis.

Blood clots can be painful or non-painful. Symptoms can be constant or intermittent. Classic DVT symptoms are red, hot, swollen calf muscles that are tender to touch. A feeling of calf cramp in the lower leg on walking, tightness around the back of the knee or a deep ache type pain are typical feelings experienced.

You will read from the two stories below that there can be different types of symptoms of a venous clot. Not everyone will walk in with the common red, hot & swollen warning signs. It can be misdiagnosed as another condition quite easily.

Let me tell you two quick stories. Hearing someone else’s story will help you understand and learn when it might not be a simple case of a pulled muscle or pinched nerve.

The first case was of Mr X a man in his 30’s who came in thinking he had some strange calf muscle strain for the last two weeks. He told me he hadn’t done anything like running or exercise that caused the lower leg pain. This was already a sign it is not a strained muscle injury.

Also he found relief from the pain when he had it lower than his body and the pain increase when he had his ankle resting on the side of the sofa laying down watching TV. Here the signs are rest should make a muscle strain feel better, lifting the leg making the pain worse could be a trapped nerve in the leg test called a straight leg raise, but in this case it wasn’t a trapped nerve pain. What was happening here was blood couldn’t travel past the clot up against gravity which made the leg feel worse and better when blood flowed down the leg when the leg was over the edge hanging down.

Looking at his leg they actually didn’t look that different in size, colour or temperature.

Typical DVT symptoms are said to to be a red, hot, swollen muscle like in the picture. This mans calf wasn’t any of these. His health history didn’t match the physical examination findings and I had a gut feel this could be a blood clot in his leg causing the pain.

Since this is a vascular condition his health could change quickly from ok to really bad so I sent him for an immediate ultrasound scan of his blood vessels in his leg. I got a call from the hospital radiologist saying Mr X has a DVT clot behind his knee in his popliteal vein.

Later on the cardiologist treating him told me that for Mr X he would have to be on blood thinners for the rest of his life as it was a hereditary clotting factor problem in his blood.

The second case was of Miss Y in her late 30’s who came to see me cos she heard chiropractors could help back and hip pain.

She had been in pain also for about two weeks. Hers was a pain in her left hip area and in the front of her upper thigh. She had been to see her GP for anti-inflammatory injections and tablets for the hip pain. This pain also came on for no apparent reason, was a gradual pain which in the last 5 days had gotten excruciating. Especially after walking in high heel shoes on a weekend night two days before I saw her.

When Miss Y walked in she was hobbling and limping because of the hip pain. First thing with her I noticed was when I touched her feet to move her legs one foot was warm the other cold. The sore leg side was cold to the touch so I looked at her shins and the cold leg was a slight blueish, red tinge whilst the right was white. There are two blood pulses in your foot called the dorsalis pedis pulse and posterior tibial pulse. Miss Y’s dorsalis pedis was weaker on the left than the right.

I told Miss Y that even though you think the pain is from a herniated disc in your lower back going into the leg it is actually a vascular condition. Miss Y went immediately to the hospital for an ultrasound scan of her legs and radiologist eventually found a blood clot in her pelvis in the left common iliac vein. The reason given to Miss Y from her specialist physician why she developed a DVT clot was due to the contraceptive pill she was taking.

Risk Factors for a DVT

As I said earlier, you can get a DVT clot even in your 20’s. It is not an older persons condition from poor circulation (peripheral vascular disease).

Chronic medication like the contraceptive pill for birth control can increase the risk in some women, just like Miss Y.

Sitting for too long (23 and half hour disease), like the recent death of the video gamer, can increase risk of a DVT clot. The point is it is not just sitting playing games it is sitting anywhere like home, work, travel etc… It is when you sit or lay down for long periods regularly like sitting in the car to work then sitting at work then sitting at home and repeating again. Especially for long periods like in airplane seats, trains and buses.

There are family risks like Mr X where natural clotting factors in his blood went dangerously wrong from his genetics.

How to Prevent a DVT

A very easy to use product are compression stockings. My travel flight socks are a must use tool that I use on long haul flights to prevent a DVT when I’m flying between countries. If you travel on a plane, bus, car or ferry you can use these compression socks to help reduce your risk of getting a clot in your veins. 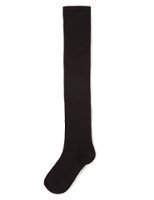 You will see it recommended onboard a plane all the time. Remember that veins are there to help move blood back to the lungs and heart to get oxygenated and redistributed again. Muscle stretching and contractions help the valves in a vein to work better at pumping the blood up from the feet back to the heart.

Standing up from your seat and having a short walk every 40 mins will help. Walk to the back of the plane near the toilets where there is some more space and do some calf raises or stretches. Stretch your thigh muscles or do some yoga type moves. Simple, but so good for you on a long-haul flight.

Not drinking enough water is a big issue for most adults. Many people are already dehydrated before getting onboard a flight. They might then order some beer or wine to go with their inflight meal. The alcohol will further dehydrate you. Drinking sweet drinks like a soda or fruit juice is a little bit better, but plain still or sparkling water will beat them hands down.

On a plane drink more water than what you might normally do as the air is air-conditioned which will dry you out more. I’m sure you know the feeling of suffering with dry eyes or nose when flying.

When it comes to treating a DVT immediate blood thinning medication like heparin or warfarin is used. A cardiologist, or a vascular surgeon, would monitor you continuously to decide how long you would need to be on the DVT medication. Some people it is 6 months medication treatment for some people it is taking anticoagulant medication for life.

Another Mr T that I know was originally on warfarin for several months for recurrent DVT’s, but now is only on a daily aspirin to help thin his blood.

What Could Happen With a Deep Vein Thrombosis?

The main risk is death. Thrombosis means it is a stationary blood clot. This clot is in the vein which is deep. This thrombosis clot can change into an emboli clot which means it has broken free and is floating in the blood vessels. This can be pumped back to the heart and lungs and lodging in the lungs which is called a pulmonary embolism (PE). It is this pulmonary embolism, which kills people with a DVT.

That is why a Doppler ultrasound test is needed immediately to confirm or deny the presence of a blood clot.

I wanted to share these two stories with you so that you might think back to them. You might use them when you or a friend might be complaining of an unusual pain in your legs that you can’t explain. Knowing the normal and abnormal DVT symptoms from above might get you to see a doctor straight away.