Did you hear the news about the James Cracknell accident? Great Britain Olympic rower James Cracknell has made a heroic comeback from a traumatic head injury. You will remember James apart of the famous mens Olympic coxless four rowing team of Sir Steve Redgrave back in 2000. I have included a video below of that amazing rowing race back in Sydney 2000 so you can re-live that goose bump moment.

Looks like James hasn’t stopped since then with his endurance sports. The accident happened on the James Cracknell race across america episode. The endurance race was in the USA when James was hit by a truck whilst cycling and ended up with a brain injury. You can read more extensively about the James Cracknell recovery story from his wife Beverley in the Mail Online article at the end.

James Cracknell was being filmed by the Discovery channel in a trilogy called “Unstoppable?” 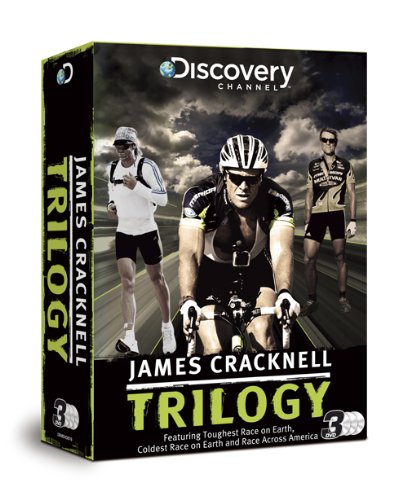 James completed the first challenge by running the Marathon des Sables, known as the “Toughest Race On Earth with James Cracknell”.

Next on the to do list was “Race across America with James Cracknell”. In sixteen days the aim was to run, cycle, row and swim from Los Angeles to New York to set a new endurance World Record. It was on this Discovery episode that James was hurt. He was cycling part of the 2500 miles of Route 66 on 20 July 2010. The wing mirror of a fueltanker hit James on the back of his head causing his neurological head injury.

Amazingly apart of James’ road to recovery he completed his third endurance challenge “Coldest Race on Earth with James Cracknell”. This was a quest to cycle over the Yukon Arctic. Only one person before had ever completed the Yukon Arctic Ultra on a bike. Isn’t inspiring to see those who have been knocked down so severely able to come back up again like James.

Oh and as I promised here is the video of when the Great Britain coxless four of Sir Steve Redgrave, Sir Matthew Pinsent and Tim Foster won gold medals at the Sydney Olympics in 2000

You can follow James Cracknell on twitter or his blog. The story of the James Cracknell accident and his recovery after is an inspiring story. Thanks James and I hope all is well with you now.